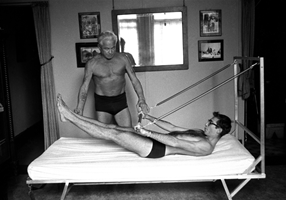 Susie Q
Minneapolis, MN, United States
Trained extensively in Pilates for the past fourteen years, having completed training for certification in the spring of 2007. Believing strongly that Pilates students reap great rewards like increased metabolism, better posture, stronger core muscles and so much more. Register for Online Classes here -> http://ow.ly/uU3u30rhmQQ