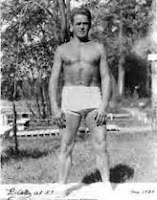 No respectable who's who list of Pilates personalities could omit the founder of the movement, Joseph H. Pilates himself. Born in Germany in1881, a frail childhood inspired his keen interest in physical fitness regimens. He studied yoga, Zen meditation, martial arts and other exercise techniques and became an accomplished gymnast, diver and boxer.
In the 1920s he devised a unique sequence of movements that worked the mind and muscle in harmony. While interned in England during the First World War, he refined his technique for his fellow internees. While working as a hospital orderly, he used bed springs to offer light resistance exercises to patients, an idea which later evolved into the Pilates Cadillac or Trapeze Table. 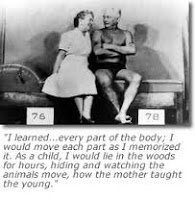 In 1926, Joseph Pilates moved to New York and opened up the first Pilates studio (referred to as "Contrology" back then) along with his wife, Clara Pilates. Among his clients were dancers such as Martha Graham and George Balanchine, who appreciated how the exercise method created long, lean muscles without building bulk. Soon, some of his students ("disciples") began opening studios of their own.
Joseph was an icon of fitness until he was 87, when complications from a fire took his life in 1967. However, his legacy lives on as Pilates exercise has become one of the most popular and respected fitness systems practiced around the world. 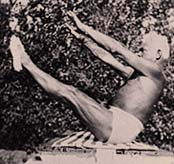 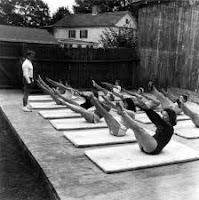 Repost: From birth to death, Joseph Pilates in six minutes.

from: InfobytesTV and Taube Pilates 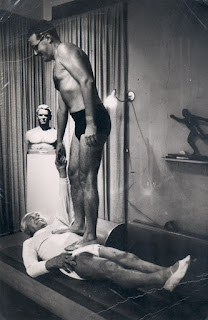